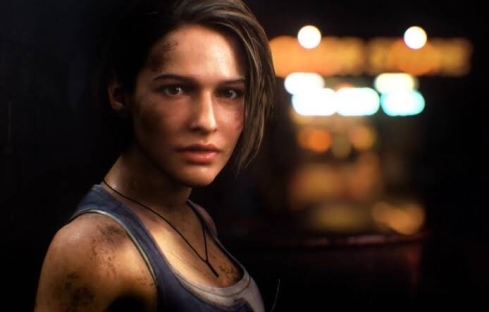 Reviewed on a Xbox One S.

I’m a newcomer to Resident Evil 3 and I was a newcomer to its predecessor, having played that for the first time in remake form on the Xbox One. When I finished the RE2 reimagining, my nerves shredded, I thought to myself – “Hell yeah! Do the third one like this, please! I want more.” So when RE3 was announced, along with a strange multiplayer add on, I was super excited.

Experiencing the story event for the first time, I had a lot of fun with it. Its opening hour is wild, throwing the player into absolute chaos as Jill Valentine, last seen in the original Resident Evil, is pursued by the monstrous bioweapon Nemesis.

The action-horror hybrid of Resident Evil 3 means that a little bit of the tension of being chased by the creature is lost in the mix. While some close quarters encounters can be panic inducing, I never had the feeling like I did with RE2’s Mr. X, where I was constantly chased. While Jill is constantly pursued across the length of the story, it felt more scripted and part of a set piece and some of the tension dissipated. Again, most likely due to the tone of the game being relentless in that thrilling action extravaganza way.

Beyond the opening hour, things start to settle down into a familiar survival horror grind, ticking off classic sets like the sewers and so forth. I can’t fault the familiar setting – it’s a tasty snack of mine, these tropes, and I ate it up like my favourite pop tarts. Reminding myself to make inventory space for weapons, watching what ammo and health I consume – I appreciate that the game calls upon my survival horror muscle memory to live on through the nightmare.

Visually, Resident Evil 3 is gorgeous – the motion capture, how you recognise facial expressions, the lighting casting shadows ahead and the colours of the different environments. There are a few noticeable technical issues – lip-syncing being out of a sync, say, or reused zombie skins – but these are nitpicks.

It’s all a generally polished production outside of a few moments or designs – but the one thing that I felt by the game’s big finale was the lack of content. Granted, I hadn’t played the original but I had heard rumblings across social media of cut content – and did a little read of the plot of the original as I went along with the remake. Simply put, it’s just strange in its current base game state – why didn’t they add more? Make 3 it’s own beast?

The game’s closing dialogue sees Jill musing on the greed of humanity. Could we apply the same kind of thinking to Capcom? Will there be story DLC to add more meat to the short story? I don’t know – because like Jill, I’m coming down from the adrenaline of everything I’ve experienced as I face an uncertain future.

It’s especially strange when you look at the upcoming Final Fantasy VII Remake and hear how it’s been expanded upon and fleshed out to the point where it might take another game or two to finish. Time will tell if that move adds up to padding – or more human greed.

We’re not here to talk Final Fantasy though. In the end, while RESIDENT EVIL 3 doesn’t reach the same fist-pumping-wholly-satisfying heights as RE2, It IS a lot of fun to work through, often delivering cinematic thrills and moments that were, for the lack of a better word, epic. It handles quite well, its set pieces are fun to walk and shoot through, I quite liked the variety of enemies and it often looks quite smashing. But I feel like there’s a second act torn out of it, I feel like it could’ve stronger, wilder and could’ve easily brought to life and revamped it’s original developments.