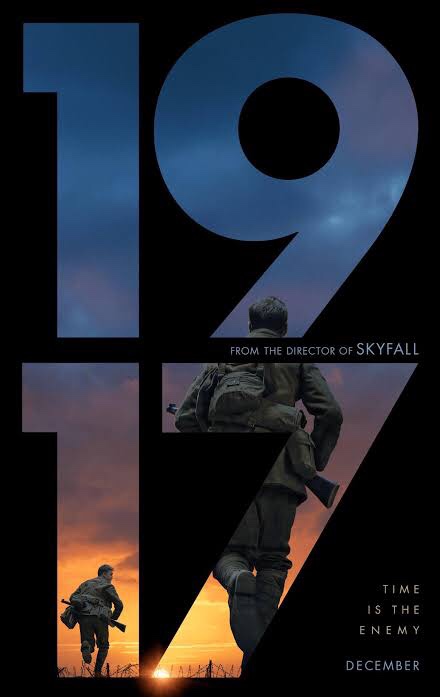 Sam Mendes’ latest, 1917, is not only a blistering technical achievement to behold but also a rousing tale that packs one hell of an emotional punch.

I can’t even begin to fathom how the film glides through long takes, all designed as one 118 minute take, because it all feels so effortless. Actors meet their marks beautifully, transitions from set piece to set piece feel seamless. If this film wants to get across the moments of a soldier, from the terror to the horror to the small respites, than it does so beautifully and in such a fashion that left me breathless.

It’s two main leads, George MacKay and Dean-Charles Chapman, are perfectly cast. I haven’t seen much of either to be perfectly honest. I’ve seen Dean-Charles as the heartbreaking Tommen in Game of Thrones but I am unfamiliar with MacKay’s work. Both are amazing here, never going full jam or overselling a moment, it’s just raw, true grit. Mesmerising, heartbreaking, powerful.

It’s a film that I’m personally in awe of, as the cinematography by Roger Deakins, given the conditions that you imagine they had to work with – grey skies, the darkness of night, early morning – it’s lit beautifully, especially in a breath-taking evening sequence against the backdrop of an ominous orange glow.

I must admit that I entered into the film worrying it’d be technically impressive but a little flat when it came to the story and heart of the piece. True, its a simple story, at least to a viewer, but it’s quite effective, walking the line between harrowing, heartbreaking, rousing and hopeful. It balances all of that without being exhausting.

Go see it on the biggest screen you can. Bask in the tense, rich score by Thomas Newman, the technical craft on display that crew and cast hit perfectly note for note. If it sounds like I’m blabbing like a fool fan, forgive me, but it’s truly a marvel.