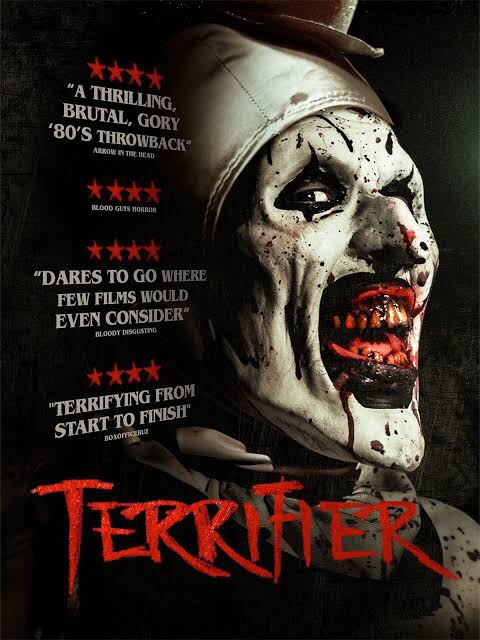 But, y’know, it’s not as bad as I thought it would be.

Adding to that, David Howard Thornton as Art the Clown is incredibly effective. It’s a terrific physical performance. I mean, his whole body is put into it, from the movements to the tiny bicycle to the creative decision to never have him make a sound. He’s truly the highlight and a delight.

It’s a shame, then, that the story for him isn’t as nearly effective. There’s initially a fun build up and release of tension – and there’s a steady amount of black humour that works – but then the film slows down considerably and the writing focuses on other aspects in this world, feeling like it is suited to more of an anthology than a feature film.

I think it is because of this that the time the last victim of Art the Clown came along, I was pretty bored by what was happening. It was creative in terms of effects – especially for such a shoe-string budget I’m sure – but there was a lot of repetition to be had and that wore me down quick in these circumstances.

If you’re a fan of seedy horror and the cheap nasties from dog years ago, Terrifier will no doubt appease your interests. It’s certainly high energy and wild in parts until it hits mid way.